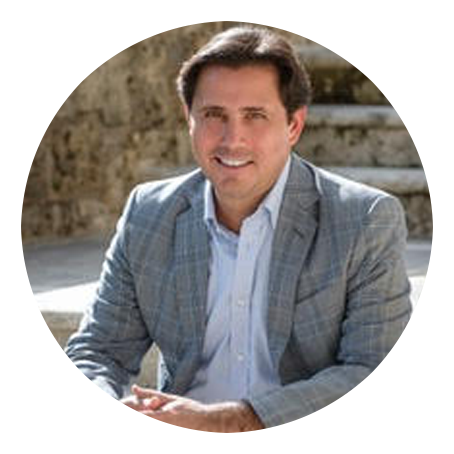 Bob’s dynamic background as an internationally recognized communication strategist has paved the way for many renowned opportunities and partnerships, both domestically and abroad.  His robust experience includes organizational design, efficiency, internal/external communication, and global marketing and positioning, making him a key insights holder for companies looking to strengthen their international and domestic business and political contacts while gaining a better understanding of the global marketplace.

Most recently, Bob participated as a member of the National Democratic Institute (NDI) Delegation to the countries of Georgia and Ukraine, and was involved in discussions with many members of the Parliament’s of both countries regarding the continued support of democracy and international investment in the region.

Prior to that, Bob served as partner and senior advisor to the President and CEO of SB&K Global, an executive strategy firm specializing in consumer dynamics, reputation management and brand positioning.  He recently completed his tenure as a representative of President Barack Obama and the American people along with his husband, U.S. Ambassador James W. Brewster, in the Dominican Republic.  There, he served as senior media strategist and advisor, primary speechwriter and spokesperson for Ambassador Brewster and the U.S. Embassy.

While abroad, he chaired over a dozen human rights committees at the U.S. Embassy Santo Domingo, and through cooperation with the Minister of the Environment of the Dominican Republic and U.S. Congress, was influential in several environmental policies as they relate to the border region of Haiti and the Dominican Republic.

During this time Bob also developed lasting and influential relationships with Presidents, Prime Ministers, Ministers, U.S. and foreign government leaders and influencers throughout the world in the fields of money laundering, drug trade, human trafficking and government relations.  These contacts and invaluable experiences, along with Bob’s keen insights and strategic thinking, lend themselves perfectly to his clients’ wide array of business needs.